Get fresh music recommendations delivered to your inbox every Friday.
We've updated our Terms of Use. You can review the changes here.

In This Light - Live at Bear Creek 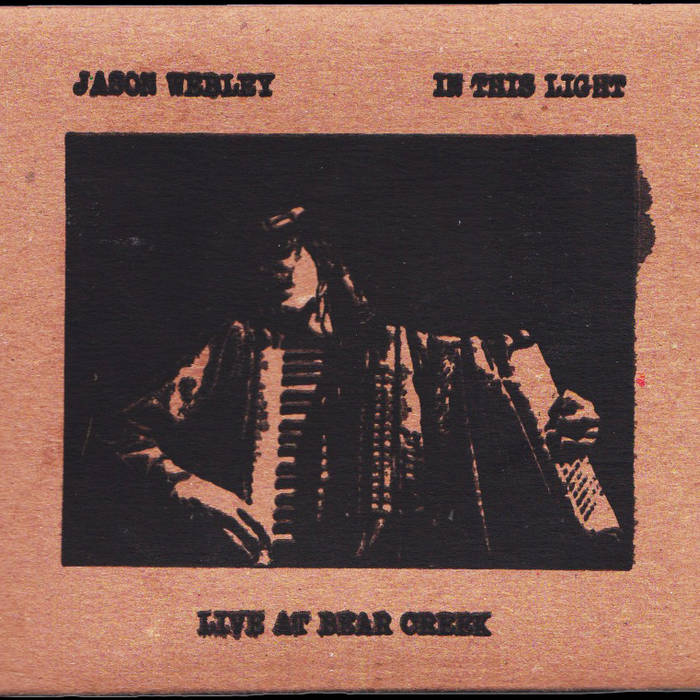 Sam Speer This is a fantastic live record. Every track is as good or better than the original recording. The exclusive cover songs are also excellent. Jason is a gentle hurricane, and I can't wait to hear more from him someday. Favorite track: In This Light.

Nineveh The beauty of the songs presented on "In This Light" combined with the feeling of warmth and closeness makes this live album completely heart capturing. (I can also confirm that the instructions on track 12 does indeed have the promised result.) Favorite track: Saviour.

This is a collection of new songs, covers and reworkings of tracks from my other albums performed live in front of a small audience in early 2010. It took a surprisingly long time to finish this record, because whenever I went back to work on it, all I could hear were the mistakes. I owe a lot to Jherek Bischoff for his work in finalizing these mixes and for his encouragement that these recordings were worth releasing.

I'd also like to thank Ryan Hadlock and everyone at Bear Creek for allowing such an unconventional project to take place in their beautiful studio, Kurt and Nancy Bischoff for opening up their home for our rehearsals, and Max Beery and Sarah Schmidt for their help on the day of the recording. I am very grateful to the musicians I was blessed to work with on this project and to all of the people who lent their time and energy to be part of the audience. that night. I also must thank Mary Hathway, wherever she may be, for introducing me to both “Aeroplane” and “From the Morning” on a mix tape she gave me many, many years ago.

Guests John Beltran and Kim Myhr walk us through their magical musical adventures.